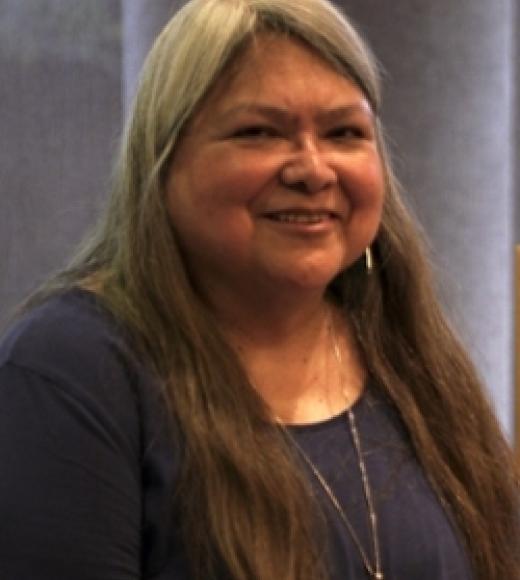 Professor Hernandez-Avila (Nez Perce, enrolled on the Colville Reservation, Washington, and Tejana) is one of the six founders of the Native American and Indigenous Studies Association (NAISA). She is a Ford Foundation Fellow at the doctoral and postdoctoral levels. In 2008 she won an American Council of Learned Societies fellowship, sponsored by the Center for Contemplative Mind in Society. This fellowship allowed her to focus on contemplative practice in her teaching as it relates to ancient Nahuatl and other indigenous philosophical traditions, as well contemporary indigenous expressions of personal and collective autonomy in the service of social justice. In 2009 she received the Academic Senate Distinguished Teaching Award at the Graduate and Professional level; she has also received the Outstanding Mentor Award from the UCD Consoritum for Women and Research. She is active with the Native Traditions in the Americas Group of the American Academy of Religion.  From 2013-2016, she was Co-Director of the three- year UCD Social Justice Initiative funded by the Mellon Foundation: http://socialjusticeinitiative.ucdavis.edu/. During Fall 2015, she was a member of a Residential Research Group (RRG) on "The History of Mortality" at the UC Humanities Research Institute, UC Irvine. In April 2017, she received the Frank Bonilla Public Intellectual Award from the Latino Studies section of the Latin American Studies Association annual meeting in Lima, Peru. In August 2017, she received a Community Award from the Organización de Organizaciones, Chiapas, Mexico, for her work as an ally to the cultural and linguistic revitalization movements of Mayan and Zoque people in Chiapas.

Professor Hernández-Avila formerly directed the Chicana/Latina Research Center (the web archive for the CLRC can be found at clrc.ucdavis.edu).